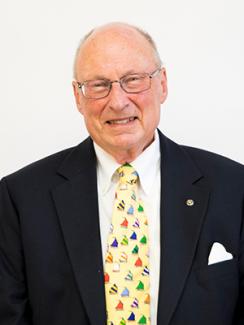 Bill Wooldredge has been a member of Hudson City Council for 7 years. He is retired from active employment and was formerly chief financial officer of King's Medical Company and The B F Goodrich Company. He is a member of the Board of Directors of The Akron Children's Hospital, of which he was previously chair. In 2000 he co-founded the Hudson Community Foundation. He also is the founder of The Hudson City School's Student Assistance Endowment Fund. Bill was president of the Hudson Economic Development Corporation during which time he was active  in the downtown new development. Bill is a graduate of Colby College and The Harvard Business School. He is married to Johanna and is a 35 year resident of Hudson.